Boost for Janitors as Historic Law is Passed

On September 15th, 2016 California Governor Jerry Brown  signed into law a bill that established protection against harassment and sexual violence for custodial staff in the workplace.

With janitors staging a hunger strike outside the state Capitol to support the bill that would increase workplace protection against sexual harassment and sexual assault, Gov. Jerry Brown had no option but to sign the bill into law.

He signed the bill without comment. Nancy McFadden, the governor’s executive secretary, said via Twitter that she “informed the brave women camping outside” that the bill had been signed by Brown. The signing of the bill came only a day before janitors broke their fast. 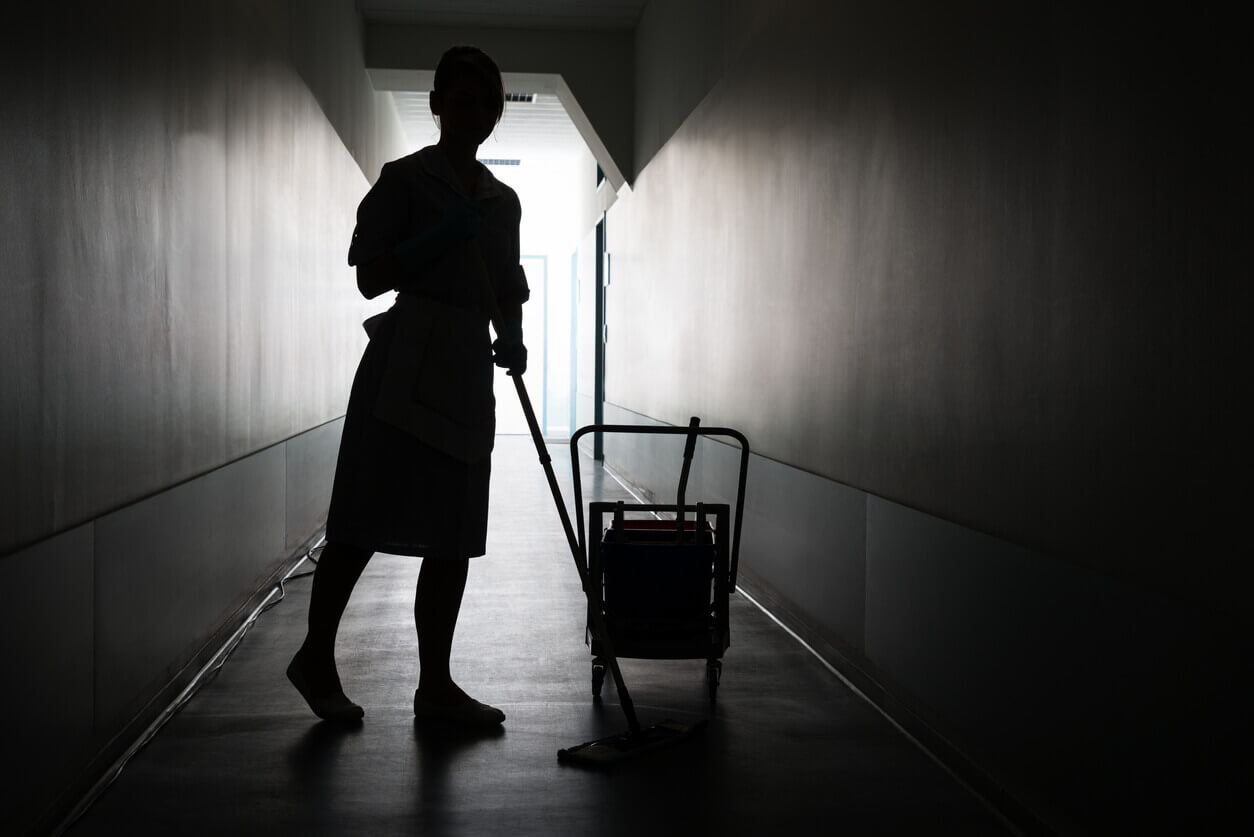 The bill, which is referred to as AB 1978, focuses on addressing sexual violence and harassment of victims who are mainly undocumented female janitors working at night in empty buildings and who don’t report for fear of getting deported or losing their job. It was authored by Lorena Gonzalez, D-San Diego and Assembly Member.

The most notable part of the law is that moving forward workers will have a legal channel to protect them against mistreatment. This puts to rest the enduring fear of victimization for reporting an abuse on the job for hundreds of thousands of property maintenance employees. It also gives the commissioner the power to revoke registration of non-compliant companies.

Thanks to the law, undocumented, documented and naturalized citizens all enjoy protection from abuse and harassment. Further, the law requires that line workers, management and supervisors undergo janitorial sexual harassment training. This will enable them to prevent and monitor such abuses, and they will be tasked with the responsibility of reporting abusive acts toward contractors and employees.

The law seeks to impose civil fines on a person who violates specific provisions of the law. If a janitorial company is found to be operating without being registered, a civil fine may be imposed not exceeding $2,000.

In addition, the bill requires the director of the California Department of Industrial Relations to put in place an advisory committee that will be tasked with designing sexual harassment prevention training programs come 2019. Gonzalez, the bill’s author, said that the training program would address sexual harassment policies and would also educate employees regarding their ability to report workplace violations and at the same time guide them towards available resources.

Finally, the law requires that all janitorial businesses be registered by the labor commissioner annually. It prohibits an employer from operating their business without being authorized by the Labor Commissioner. AB 1978 also gives the commissioner authority to revoke registration under some conditions.

However, the bill doesn’t apply to people whose job responsibilities are mainly final cleanup of grounds, debris and buildings near completion of alteration, demolition, construction, repair work project or installation work project.

A Frontline documentary reported in 2015 that sexual assault, sexual harassment and rape while on job are hidden realities janitorial workers face. The documentary detailed harrowing experiences of janitors being sexually assaulted and raped by their supervisors. To prevent them from reporting, the supervisors threatened to report anyone who informed authorities about the abuse to Immigration and Customs Enforcement. Others were threatened with being ignored and even having their credibility attacked in the event they reported this abuse to employers.

AB 1978 was formulated as a response to this reality. The law requires that the Division of Labor Standards Enforcement, abbreviated as DLSE establish a requirement for in-person sexual harassment and violence prevention training for both janitorial employers and workers by the start of January 2019.

AB 1978 was signed into law by California Governor Jerry Brown after California janitors mounted a spirited campaigns for him to do so. The janitors staged a 5-day hunger strike in front of state Capitol. The group applying the pressure included 18 janitors, the majority of whom are victims of abuse or rape.

“Janitors don’t really have the same opportunity as the rest of the workforce. We know that some industries are characterized by more immigrant women and this puts them at a more disadvantaged situation. This bill is intended to level the playing field and make it easy for anyone to report even if they are an immigrant,” said Gonzalez, the bill’s author.

Gonzalez was motivated to craft the bill after an investigation, done in collaboration with Investigative Reporting Program, known as “Rape on the Night Shift”, exposed the abuses janitors are faced with while working at night. The crimes are often committed by their supervisors. This will no longer be the case in the future because now janitorial workers have a right to report any abuse whether they are documented or not.

How AB 1978 Will Impact Employers

AB 1978 will impact property service employers who employ janitors. This includes any person working as an independent contractor, employee, or even a franchise. The law requires that such employers register with the Labor Commissioner annually and pay predetermined application and renewal fees. Employers will be required by this law to maintain 3 years of records of names and addresses of all employees, number of hours that each employee worked daily, wages paid each payroll period, and the age of all employees.

During registration with the DLSE starting on July 1 2018, employers will be required to provide financial and management information, and demonstrate that they don’t possess certain liabilities such as unpaid taxes and wages. By the start of January 2020, these employers must show full compliance with the new requirement for janitorial sexual harassment training.

The law requires DLSE to create public, online database for registration of employers.  For any employer to conduct business, they have to be registered first.  Any employer who does not register may receive a fine of up to $10,000. Also, any employer who hires an unregistered janitorial employee or contractor may also face fines not exceeding $10,000, with a repeat offense receiving a fine of up to $25,000. In short, any entity which contracts a janitor or janitorial service must ascertain from the database that said employer is registered.

Starting July 1st 2018, employers will be required to give their employees pamphlets containing custodial sexual harassment training content until such a time as DLSE puts in place a more formal training course regarding sexual harassment and violence, which is scheduled to be in place by 1st January 2019.