Satisfies Section 46a-54 (15) (B) and 46a-54-204 of the Connecticut General Statutes Training Requirements, which constitute the Time’s Up Act.

Connecticut law requires the training be provided for any person or employer who has a total of 3 or more employees, which would include partners, supervisory and non-supervisory employees in its employment within six months of their start date.

What Types of Businesses Are Required to Provide Training?

Connecticut’s statute requires that all employers with 3 or more employees provide sexual harassment awareness training to all supervisors, managers and partners within 6 months of employment.

Connecticut’s statute unquestionably specifies all public and private employers with three or more employees. Our best practices recommendation is that Connecticut employers with employees working outside the State of Connecticut (i.e., the company is based in Connecticut but some employees may also work outside of the state), as well as out-of-state employees of the same organization, should make sure that all such employees are also counted when determining whether there is a need to conduct training. Where potential liability may exist, it is in the best interest of your organization to provide training to ensure compliance with Connecticut harassment laws.

Which Employees Must Receive Training?

Connecticut law requires all partners, supervisors, and employees receive sexual harassment awareness training within 6 months of commencement of employment. Connecticut’s statute specifies such training is an absolute requirement for all private and public employers, should they meet the requirement of having 3 or more employees.

In addition, Connecticut law defines the duties of a supervisory employee as: “Any individual who has the authority to use his or her independent judgment, on behalf of and in the interest of the employer, to lay-off, hire, promote, recall, reward, suspend, direct and/or make recommendations for such actions”.

How Often Should Training Occur?

Under Connecticut law, the “training year” is defined as: “The period of time from the first of October in any calendar year through the 30th of September in the following calendar year.

Connecticut law also states employers must provide periodic supplemental training not less than every ten years. Not only will this assist employers in avoiding claims of negligence, but to also to reiterate the employer’s standing on the importance of workplace professionalism.

How Long Should the Training Last?

Who Should Conduct the Training?

Connecticut’s statute does not define the term “qualified trainers”, nor does it expand on the qualifications for developing a sexual harassment awareness training course.

Our best practices recommendation is that employers retain the services of a facilitator who possesses at least one or more of the following qualifications:

What Should the Training Course Contain? 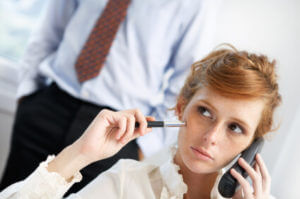 Regardless of the training method, Connecticut sexual harassment training courses should cover Connecticut’s statutes and mandatory regulations related to sexual harassment in the workplace, as defined by state and Federal law. To ensure the attendees are engaged, attentive and focused on the training module, we also recommend interactive activities and scenarios, in order to test the attendees’ understanding of the subject matter. Some of those required subject areas include:

How do Supervisors Ask Questions during E-learning Courses?

Connecticut’s statute specifically states: “As long as the employees are given the opportunity to ask questions and obtain answers in a reasonably prompt manner”, eLearning will satisfy this training requirement. According to Opinion Letter, dated 05/19/2003.

Should the mandatory training be conducted in a classroom setting, the statute states: “[Use] understandable, clear and concise language … in a setting which allows the attendees to ask questions and receive answers. Video, audio, and other instructional methods may also be incorporated in the live training session, to in order to strengthen the interactive training process.”

What Type of Documentation should the Employer Retain?

What are the Penalties for Not Providing Training?

Violation of Connecticut’s sexual harassment statute may result in an order of compliance issued by the State of Connecticut’s Human Rights and Opportunities Commission. In addition, the Equal Employment Opportunity Commission (EEOC) can also be utilized by employees, which may result in civil and criminal penalties and/or convictions, including monetary compensation.

Are there any Additional Requirements?

Refer to Section 46a-54-201 of the Connecticut Statute for mandatory posting requirements for employers with 3 or more employees.