Eliminate the Possibility of Sexual Harassment Through Training and Clear Policies 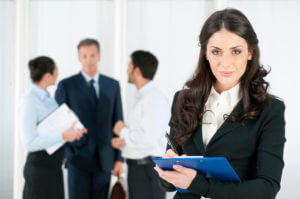 In its earliest days, the automotive specialty-equipment industry was dominated by men. With a few notable exceptions, women were relegated to the background or given roles as trophy girls, photo models and product presenters. As attitudes changed, however, women gained equal status in virtually every facet of commercial endeavor. From manufacturing to the media, women now play critical roles on the automotive stage, yet outmoded stereotypes and unwarranted conduct linger in some quarters. Even as late as 2007, there were more than 12,500 cases of sexual harassment filed with the U.S. Equal Employment Opportunity Commission (EEOC).

Not every case was man-on-woman harassment, of course, but that remains the most prevalent scenario. The EEOC notes that sexual harassment can come from either gender against the other as well as same-sex misconduct and may be committed in one of two ways — harassment that culminates in a tangible employment action, and hostile work environment harassment.

“A tangible employment action is an employment decision that only a supervisor has authority to take and that constitutes a significant change in employment status, such as demotion, denial of a pay raise or termination,” said EEOC Senior Attorney Ernest Haffner. “If a supervisor fires someone because she refused to submit to his sexual advances, that action would constitute unlawful sexual harassment. This kind of sexual harassment is also sometimes called ‘quid pro quo’ harassment.

On the other hand, hostile work environment harassment involves any severe or pervasive gender-based conduct that a reasonable person would find intolerable.

“Hostile work environment harassment does not typically involve a tangible employment action but rather conduct that anyone in the workplace can engage in, such as sexual comments, pornography or sexual graffiti, or contact with intimate body parts,” Haffner said. “Because the ability to engage in hostile work environment harassment is not limited to supervisors, it is more common than tangible employment action harassment.”

“It tends to occur after two coworkers enter into a mutual relationship, then break up, and one wants to get revenge on the other,” Ramos said. “Electronic sexual harassment is also on the rise with today’s technology.”

Industries in which advertising and marketing include the use of attractive women and sexual imagery can be particularly vulnerable to claims of misconduct, but Haffner pointed out that any business, regardless of workplace type, should employ prevention and training to eliminate sexual harassment in the workplace.

“As a general matter,” he said, “the content of training should be the same regardless of the workplace: that sexual harassment is an unlawful form of sex discrimination, that employees are prohibited from engaging in sexual harassment, that employees should report sexual harassment to the employer so that it can be promptly remedied, and that managers should take appropriate corrective action when they know about harassment. In a male-dominated industry, it may be advisable, however, for training to make it clear that the same principles apply as in any other industry and that it is no more permissible to engage in sexually hostile conduct in a workplace dominated by men than in any other workplace.” < p>

Ramos also suggested that job applicants acknowledge the environment they are applying to work in.

The training should be backed up by consistently applied corrective actions that are immediately applied when misconduct is confirmed. In most cases, that type of disciplinary action follows a phased progression in which the offender may be given a verbal warning, then a written warning and finally suspension or termination of employment depending upon the continuation or severity of the harassment.

Sexual harassment prevention training is available from both the EEOC and through private firms. While there are online and DVD programs available, on-site or interactive training may provide a more thorough discussion of the topics involved, especially since question-and-answer sessions can focus on specific situations found in an individual workplace.

“With required interactivity such as role-playing, questions and scenarios that occur during the training session, attendees really seem to benefit and learn from each other’s experiences and questions,” Ramos said. “The facilitator should be a ‘qualified’ presenter, with the knowledge and expertise in the prevention, discrimination and retaliation related to sexual harassment. It is highly recommended that you retain an outside, objective third party to conduct your employee training, not only due to bias but also in order to help avoid any allegations of retaliation. A qualified training company will ensure that attendees receive certificates of completion, dated and signed by the training facilitator. Not only should you provide a copy of the certificate of completion to each attendee, but you should also provide human resources with a copy for the employee’s personnel file.”

Different states have different requirements regarding the frequency and type of training. California’s AB 1825, for instance, calls for training every two years for companies that employ more than 50 people, including contractors and part-time employees. Both the EEOC and private training counselors offer harassment and other compliance programs.

“The EEOC Training Institute offers onsite classroom-style training on harassment for individual employers for a fee,” said Rheta Kasmer, the EEOC’s national private sector training coordinator. “The training is provided by EEOC’s field offices and our Office of Federal Operations. Training on harassment is also included in most of our one-day seminars and in our Examining Conflicts in Employment Law Conference (EXCEL) for federal sector EEO practitioners. In addition, EEOC staff provide general information on harassment and how to prevent and remedy it in their no-fee outreach presentations to employer organizations — Chambers of Commerce or the Society for Human Resource Management and other groups such as schools, colleges, employee and professional organizations, community groups and the general public.”

Ramos said that her company offers training on the prevention of general harassment, sexual harassment, hostile work environment and bullying, with differing programs for supervisors and subordinates.

“It is all about perception,” she said. “You may mean to say one thing, but others hear something totally different. You may think you’re having a private conversation with a coworker, but the employee in the cubicle around the corner can hear every word you say and be offended. It takes only one lawsuit to completely destroy a company.”

Prevention is the best way to eliminate that possibility.

To discuss EEOC onsite training for private employers or state and local governments contact Rheta Kasmer by phone at 202/663-4004 or via e-mail at rheta.kasmer@eeoc.gov. For more information about Diversified Risk Management Inc., contact George Ramos at 800 591-9741, via email at gramos(at)drminc.us, or view our company’s proactive training services.