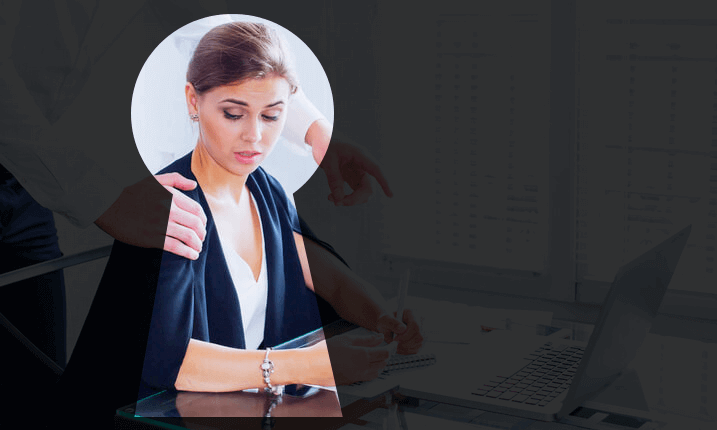 Government agencies have recently began requiring employers to provide Bystander Intervention Training as a method of preventing sexual harassment in the workplace. This enforced training component will not only meet legally required provisions for states such as New York and Connecticut (also a highly encouraged, but not required component of California AB 1825 training), but also provide education to employees on how they can report and prevent incidents of sexual harassment from occurring.

Training on Bystander Intervention provides all office members with the capability and skill set to prevent sexual harassment. While this training topic is not as widely known or advertised as it should be, it has been used effectively by nonprofit organizations, college campuses, and even in the military. Research conducted by a “Bringing in the Bystander” violence prevention program indicated that training on the concept of Bystander Intervention changed the attitudes of college students with respect to sexual harassment and students’ ability to prevent it.

The concept of Bystander Intervention is defined as intervening in potentially risky situations in order to provide help to those in need. In the workplace, employees considered to be bystanders are individuals acting as witnesses to incidents of harassment. Bystanders can be defined as employees that are co-workers, supervisors, customers, contractors, and much more. Employees that were not first-hand witnesses to incidents of harassment, but heard about the harassment at a later date are also considered to be bystanders. These individuals are not the victim nor are they the aggressor.

How Bystander Intervention Affects the Workplace

Bystander Intervention affects the workplace because it is dependent on its employees to “do the right thing.” In choosing to intervene, the bystander’s liabilities include putting themselves at risk. There is a chance that the aggressor may decide to channel their harassment towards the bystander and away from the victim. The aggressor could even decide to retaliate “against the bystander by demoting, terminating, reassigning, or otherwise punishing the bystander for intervening. The worst-case scenario could include physical violence, bullying, or harassment being directed at the bystander.”

In many cases, victims and bystanders seldom come forward to report incidents of harassment because of their fear of facing retaliation, and this is a problem. Instead of asking, “What will happen if I do not help my co-worker when they need me?”, the question they ask instead is, “What will happen if I do stop to help?”. Despite federal and state laws making retaliation illegal, people are still terrified of reporting what they have experienced or witnessed.

In order for Bystander Intervention to be effective, it is absolutely pertinent for employees to have an actual desire in lending a helping hand to their colleagues. This means looking past the potential consequences, and choosing to be a good samaritan anyhow. A liability from choosing not to intervene as a bystander includes contributing to the “Bystander Effect” and fostering a toxic workplace that enables for bullies to control the office. The bystander effect is a social psychological concept that observes how the likelihood of individuals receiving help from bystanders is significantly reduced due to additional bystanders being present. The more witnesses there are, the slimmer chance it is that one will step up to the plate to provide assistance.

Factors that contribute to the bystander effect include cohesiveness, diffusion of responsibility, and ambiguity. Despite the fact that these three factors reinforce mutual denial of the severity of a situation, employees can still make all the difference by sticking to their guns and standing up for what they believe in. The effectiveness of a movement requires immense social change. Training on the concept of Bystander Intervention is a great start to get the ball rolling and begin dialogue on how employees can support their team members in need.

In 2017, the Equal Employment Opportunity Commission (EEOC) revised its own sexual harassment prevention training materials in order to incorporate a section covering Bystander Intervention. This motivated New York and Connecticut to be the first two states so far that have taken the initiative to integrate Bystander Intervention into their state’s sexual harassment training laws.

Starting April 01, 2019, employers in New York City with 15 or more employees will be required by the the Stop Sexual Harassment in NYC Act to provide sexual harassment prevention training to their employees at least once a year. Connecticut recently introduced Governor’s Bill 5043, which is an act “promoting a fair, civil, and harassment-free workplace” that will go into effect on Monday, October 01, 2019. The new training requirements for both states will include curriculum addressing the topic of Bystander Intervention as well as provide resources that teach trainees how they will be able to engage in Bystander Intervention to report and stop harassment from occurring.

Prepare to Act on Behalf of Your Co-Workers

At this time, there are no penalties brought upon bystanders for choosing not to intervene with workplace affairs. It is at the discretion of bystanders to offer their assistance if and when it is needed, especially in compromising situations. The possibility of introducing penalties in the future seems promising as a result of Bystander Intervention being introduced as a new component to training on sexual harassment prevention in the workplace. If this concept starts proving itself to be effective in helping employers create a safer workplace, more and more states will begin to catch on. Bystander Intervention holds potential in becoming a nationwide movement that can impact the world for the better. When duties call, prepare to act on behalf of your co-workers and take the initiative to intervene when your team needs you the most.