Title IX Training for All Students and Faculty 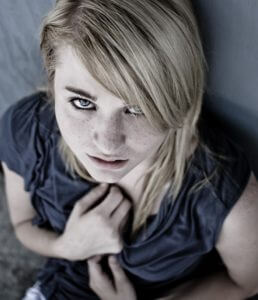 Alarming statistics were revealed stating a fourth of all college/university female students are subjected to sexual harassment and or rape while attending higher education institutions. The highest risk is to freshman students during the “red zone” time period which is considered to be the period from the first day on campus up to the Thanksgiving break when most students have been accepted into a fraternity or club and the initiation phase is somewhat completed. Obviously the report stated that drug and alcohol use are contributing factors to these incidents and most go unreported because the victims feel no one will take them seriously.

However, over the summer, new Federal requirements have been introduced that summon all schools to report potential Title IX violations and for the schools to provide updated training for all students in these area of great concern. Training for sexual harassment is important and recommended for all faculty and staff and is an effective tool in preventing incidents from occurring.

She Wanted to Protect Students from Sexual Assault, and Now Title IX Can Protect Her – American Association of University Women (AAUW)

There should be no excuse to not understanding the barriers of “no” or the excuse of later saying “I thought it was consensual”. Some experts say that harassment training should start in high school and maybe even in middle school so that students understand how to treat each other when in relationships and to recognize unacceptable advances of a sexual nature . Remember, these youths are the business and community leaders of the future.  We need to make sure they are ready to not only take on the worlds opportunities, but to understand what is acceptable behavior and to show proper treatment and respect for other human beings.

There have been many articles discussing Title IX, higher educations issues with sexual harassment on campus, and actions to be taken going forward.  On September 23, 2015 The Harvard Crimson  discusses how Harvard University has appointed a new College Title IX coordinator and created a website to address the topic.  One of the apparent reasons the university took these actions was a recent release of data from a sexual conduct survey which revealed:

“Thirty-one percent of senior female undergraduates at the College surveyed reported having experienced some kind of sexual misconduct—what the survey termed “nonconsensual sexual contact”—during their time at Harvard, and many conveyed distrust and confusion with the University’s procedures for handling cases.” 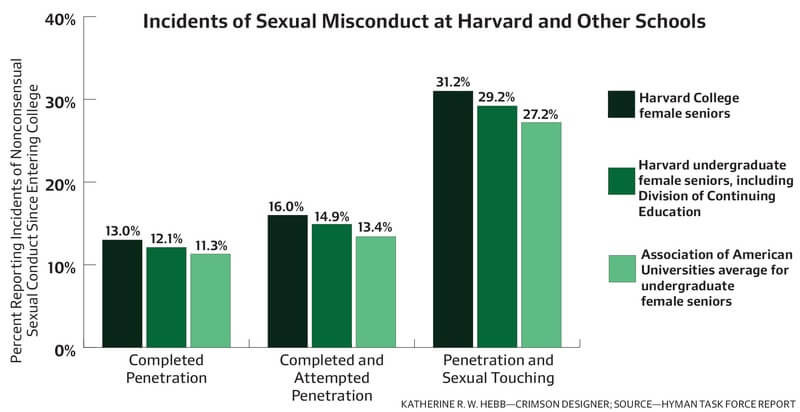 Incidents of Sexual Misconduct at Harvard and Other Schools.

The new coordinator and the website are part of the universities continuing effort to address student concerns related to intense scrutiny of its Title IX practices by a federal probe and student activists.

Harvard is only one of many universities now undergoing increased criticism for its handling of Title IX.  On September 21, 2015 the Huffington Post article entitled “UVA Violated Title IX, Had ‘Mixed Record’ On Sexual Assault Cases, Federal Investigation Finds” dicusses how a federal report found that the University of Virginia was in violation of Title IX in certain cases.

There were many incidents discussed in the article including one in which an employee had seven sexual harassment complaints filed against them and an investigation done by the U.S. Department of Education Office for Civil Rights determined that the university had failed to properly investigate the situation.

Its interesting to note that according to the article the results from the investigation by the OCR come 10 months after an article in Rolling Stone in which a young lady by the name of Jackie says she was gang-raped at a fraternity at the university.  This story and article were later shown not to be true e by many different media outlets.

This also goes to show that one cannot assume that allegations are true and must thoroughly investigate any claims of sexual harassment or assault.  This reemphasizes the necessity of providing training to students, faculty, and staff in all areas related to sexual harassment.

The Education Department’s Office for Civil Rights had already been seriously investigating UVA for some time.  According to the article, UVA has already developed a new sexual harassment policy and the UVA President Teresa Sullivan said in a statement. “We have already implemented many of the measures identified in the agreement.”

The article concludes with the statement: “As of Sept. 2, 133 colleges and universities were under investigation by OCR.”  This reemphasizes the importance of this issue in terms of scope.  It appears that many universities across the country are facing the same problems.

Title IX has many provisions.  Currently the focus is on assault cases on university campuses.  However, universities have had other concerns related to sexual harassment that are not necessarily on university property.

On September 30, 2015 the National Law Review explored the responsibilities universities have regarding student behavior off campus.  A student at Kansas University was expelled for sexually harassing another student by sending offensive tweets after they were under an order prohibiting them from this behavior.

Kansas Universities Fight Over the Limits of Title IX’s Reach

The university argued its actions were required by Title IX.  The Kansas court of appeals reversed the order of expulsion saying the  sexual harassment prohibition in the Code covered only University programs or activities.  Within the courts opinion was the statement, “After all, the University is not an agency of law enforcement but is rather an institution of learning.”

One organization that has been actively involved in the KU case is the Foundation for Individual Rights in Education.  In an article on their website “Kansas Universities Fight Over the Limits of Title IX’s Reach” on June 23, 2015, they discuss the Kansas case in great detail.

The opinion of the article is best summed up by this quote, “Title IX does not and cannot require a university to control student conduct at all times and places regardless of what happens within its grounds and programs. KU’s claim to that end is dangerous and impractical.”

Whatever our opinions are about each of these individual cases and situations, it is apparent that sexual harassment misconduct is occurring with disturbing frequency on campuses across the country.  One of the biggest issues that comes up when these issues are discussed is the lack of sexual harassment education and training given to the young people as well as the staff and educators at these institutions.

Going forward, regardless of the implications of Title IX itself, it is in everyone’s best interest that we properly train and educate everyone so they have a complete understanding of what sexual harassment involves and how it affects others.  The best way to do this is to ensure Title IX training for all students and faculty.