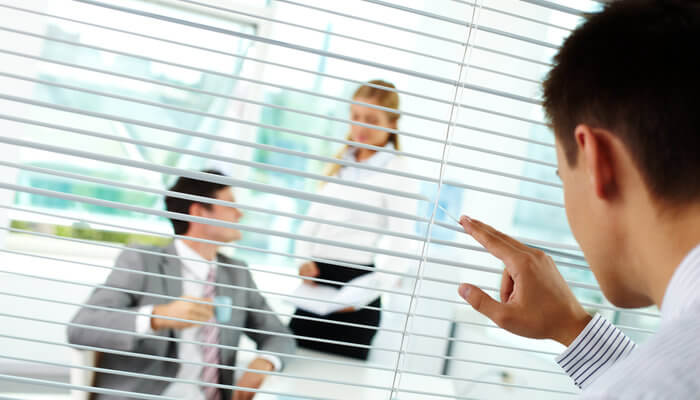 Workplace conflicts arise for numerous reasons, which can be hard to predict. In many cases, disruptions on the job are due to one-sided campaigns of intimidation, carried out against innocent victims. From amorous advances to discriminatory behavior, on the job harassment is a widespread issue facing employers of all sizes.

Workplace jealousy and envy are the root causes in some cases, prompting employees to act-out in inappropriate ways toward associates by which they feel threatened. Unfortunately, jealous employees exact their toll on other workers, leading to various forms of workplace harassment.

In some cases, competitive rivalries are responsible for jealous reactions, which lead to a variety of issues in the workplace. For the most part, competition between co-workers remains manageable and doesn’t negatively impact labor relations. However, the stakes are raised considerably when inappropriate behavior manifests as sexual harassment, which can quickly spiral out of control when left unaddressed.

Regardless of what motivates an employee to make unwanted sexual advances toward co-workers, employers need to provide support mechanisms for their staff.

Most work environments operate under structured hierarchies, wherein various levels of employment carry specific responsibilities, and each staff member recognizes a clear chain of command. A well-defined pecking order is required to create accountability at all levels of the workforce, and designating each position’s authority furnishes the backbone of conflict resolution.

At their best, workplace hierarchies maintain order and keep employees on the same page. But staying true to the chain of command isn’t always intuitive for employees, who sometimes jump beyond the scope of their authority, exhibiting jealousy toward higher-ups. When gender differences exacerbate the dynamic between employees at different levels in the workplace power pyramid, frustration manifests as sexual harassment.

Employers play key roles regulating envy and jealousy between employees. For instance, by validating the importance of each worker’s role in an organization’s success, employers remove some of the motivation for harassment. Employees focus less on the pecking order when all workers are treated with consistency and appreciation, so it is important for management to apply an even hand administering rewards and discipline.

Workplace feedback is often limited to negative recognition for shortcomings on the job. Calling staffers out for failures, without also reinforcing the positive contributions they make, can lead to frustration, as employees feel as though they are being singled-out.

Instead of standing out for the wrong reasons, employees who feel appreciated are more likely to strive for positive recognition. In some cases, poor performance is simply a cry for attention, which jealous employees use to stimulate adulation.

Reinforcing positive achievements is generally good for morale, but it also creates a track-record for employees. When management acknowledges employees as worthy contributors, employees are less likely to tarnish their images by acting-out inappropriately.

Women face gender inequality in a variety of employment areas, including pay and representation at high corporate levels. Until a culture of equality prevails in the workplace, women will remain vulnerable to job-related harassment. Women who advance through the ranks, for example, don’t always receive the same levels of respect as their male counterparts.

Through training and education, employers have a responsibility to create work environments where women are protected from discrimination. Sexual harassment borne of jealousy is less likely to occur when clear policies are in-place, ensuring equal opportunity and reinforcing their value in the workplace.

Modern employers face regressive views toward women in the workplace, which leads to sexual misconduct in some cases. Incorporating clear policies and training workers to appreciate women at all levels of employment are key strategies employers use to protect female workers. In addition, reinforcing positive contributions and recognizing proper performance stimulates pride and achievement, reducing jealousy and on the job harassment.

This post was contributed by Daphne Holmes with from www.arrestrecords.com