The Evolution of California AB 1825 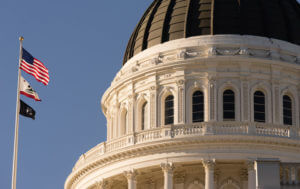 California’s harassment Assembly Bill 1825 is a California state law that was signed by California Governor Arnold Schwarzenegger on September 30, 2004. AB 1825 requires employers to comply with standards related to sexual harassment training and education in the workplace. Under this Assembly Bill, it was mandated for all California employers with fifty or more full-time, part-time, or temporary employees; (including agents, and contractors) to provide sexual harassment training to their supervisors every two years. AB 1825 went into effect on August 17, 2007 under the Fair Employment and Housing Act. This legislation does not indicate that all fifty employees must be within the state of California. This means that if an organization has employees residing in states other than California, which would bring the total employee count to fifty employees or beyond, training would be required per 1825.

Various legislation was put in place long before Assembly Bill 1825’s time that led to its conception. It started on July 2, 1964 when Title VII of the Civil Rights Act of 1964 (Title VII) was introduced. Title VII is an Act that “makes it unlawful to discriminate against someone on the basis of race, color, national origin, sex (including pregnancy and gender identity), or religion.” In addition to this, Title VII makes it illegal to retaliate against individuals who choose to initiate complaints, charges, investigations, or lawsuits regarding discrimination.

After the Civil Rights Act of 1964, the Federal Equal Employment Opportunity Commission (EEOC) issued a set of guidelines in 1980 that established criteria to determine when unwelcome sexual advances would be considered sexual harassment and define the conditions under which employers may be held accountable. The guidelines set by the EEOC also define two different types of sexual harassment, which are “quid pro quo” and “hostile environment.” The Federal Equal Employment Opportunity Commission considered the aforementioned criteria to propose proactive and preventive measures for employers to take against sexual harassment. Less than a decade following these guidelines, the U.S. Supreme Court ruled in 1986 that sexual harassment is a violation of Section 703 of Title VII during Meritor Savings Bank v. Vinson.

On November 21, 1991, the subsequent federal law, Civil Rights Act of 1991, made provisions to a large quantity of statutes set forth by the EEOC. In the past, jury trials were unattainable outside of cases under the EPA or ADEA. The 1991 Act amended the ability for parties to demand jury trials. It also expanded rights for plaintiffs to sue and collect damages for sexual discrimination. It also covered compensatory and punitive damages, employment reinstatement, lost wages, and also legal attorney expenses.

In 2007, there has been several prices of legislation with parallel issues. This includes Assembly Bill 2053, known as the Anti-Bullying Law, which correlates with AB 1825’s segment on general harassment. This California state law was signed by California Governor Jerry Brown on September 9, 2014. It became effective on January 01, 2015 and requires for California employers with fifty or more employees to mandate “prevention of abusive conduct” training on top of the existing sexual harassment training requirement. Under California Government Code section 12950.1(g)(2), abusive conduct occurs “in the workplace, with malice, that a reasonable person would find hostile, offensive, and unrelated to an employer’s legitimate business interests.” There are many examples of bullying, including, but not limited to, repeated cases of verbal or physical conduct such as derogatory, condescending, or degrading remarks. Abusive conduct is represented in the forms of yelling, gossip, misinformation, and impossible deadlines. Proponents of AB 2053 would agree that such circumstances would be viewed as highly intimidating to any rational individual whose work performance is being downplayed. An abusive work environment ultimately leads to a decrease in morale, productivity, and motivation levels of employees. Organizations willing to implement training and education against abusive conduct reduce absenteeism, turnover, medical claims, and workers’ compensation claims while also doing their part to prevent bullying in the workplace before it begins.

California Senate Bill 292 was passed by Governor Jerry Brown on August 12, 2013 in response to the ruling of Kelley v. The Conco Companies. This Senate Bill amended the definition of sexual harassment under the Fair Employment and Housing Act (FEHA). SB 292 sheds light on the fact that “sexually harassing conduct need not be motivated by sexual desire.” Regardless of whether or not a perpetrator shares sexual desire for their fellow employee, their words and actions may very well by definition constitute sexual harassment. “Locker room” conversations are one of the most common violations of SB 292 because when one coworker gets too comfortable, they run the risk of making the other party uncomfortable. By explicitly extracting sexual desire from the definition of sexual harassment, this bill added another layer of protection for employees of any organization. This progressive definition of sexual harassment should encourage employers to be more cautious of the interactions they share with employees in the workplace, especially employees that are of the same sex as them. 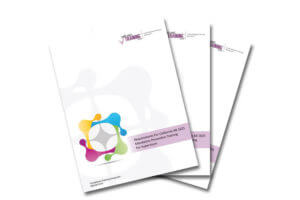 While there has been many amendments and updates made to Assembly Bill 1825, there have also been legislation influenced by AB 1825’s regulations as well. AB 1825’s lasting impact has directly influenced the launch of additional bills. This can be seen in Senate Bill 1087 and Assembly Bill 1978 for example.

SB 1087 was approved by Governor Jerry Brown on September 28, 2014. It was an amendment made to the California Farm Labor Contractor Act and was proposed following an investigation conducted in 2013 on unwanted sexual advances being made towards farm workers. It is to call attention to the countless sexual harassment and assault reports filed by female farmworkers. This Senate Bill mandated sexual harassment prevention training for farm labor supervisors, contractors, and employees to safeguard workers from undesirable sexual advances and sexual violence. It made sexual harassment prevention training mandatory for “licensees and their supervisors, as well as require that all non-supervisorial employees, including agricultural employees, be trained at the time of hire, and at least once every two years.” Through this legislation, new legal authority has been created for the Labor Commissioner to pursue “adverse license actions” against sex offenders.

AB 1978 was signed on September 15, 2016 by Governor Jerry Brown to create a safer working environment for property service workers. Prior to its introduction, custodial staff engaged in a hunger strike to fight for a bill that would protect janitors against sexual violence and harassment. This assembly bill places an emphasis on sexual harassment and sexual assault of predominantly undocumented female victims working evening shifts. They are oftentimes too afraid to come forward about experiencing abuse because they do not want to risk deportation or being terminated from employment. From this point forward with AB 1978 in place, property service workers will no longer worry about reporting traumatizing incidents. In addition to this, the Labor Commissioner may dismantle the registration of noncompliant organizations.

It is no secret that California’s Sexual Harassment training requirements are what set the bar for what is expected of the country as a whole. In addition to the states of Maine and Connecticut, California serves as one of three states that mandate workplace harassment training.

There are numerous training opportunities such as web-based or on-site California Sexual Harassment Training solutions readily available to comply with AB 1825. California Sexual Harassment Training and education is intended to establish a minimum foundation on workplace harassment and unlawful discrimination. It should not in any way deter employers from providing additional solutions to accomplish the obligations imposed by AB 1825 to resolve these issues.