Sexual Harassment Retalitation? You be the judge 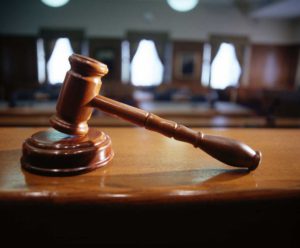 An Alabama store manager was sexually harassed by her first boss, who was fired after HR investigated her complaint. But then she was fired, the day after her second harassment complaint. The reason was excessive absence: She was out sick for 5 consecutive days and didn’t present a doctor’s note.

Jones was hired to manage a convenience store located in a travel plaza that also contained a gas station and a restaurant. The plaza is part of a group owned by Flying J. She started in early December 2005, but by the following March, she had complained to a lawyer that the hiring manager was sexually harassing her. The lawyer informed the employer, HR investigated, and the hiring manager was fired.

It’s unclear why Jones complained again, because an interim person had taken over as general manager and as Jones’s supervisor. She called in sick on a Friday in April, saying she was in pain and needed medical attention. But she also said she’d be back by the following Tuesday. She saw a doctor, who informed her she was pregnant. Since she was bleeding, he told her to stay off her feet. So Jones neither called nor went to work, and when her supervisor called her, she refused to say what was wrong or when she’d be back. The following Friday, he called and told her he was firing her.

Jones sued for sexual harassment and retaliation, charging she’d been fired for complaining about the harassment. A federal district judge dismissed both charges—that of harassment, because the employer had acted properly to stop it, and that of retaliation, because the interim supervisor had no idea Jones had complained about harassment. Jones appealed only the retaliation charge to the 11th Circuit, which covers Alabama, Florida, and Georgia.

“Retaliation means any adverse action that you or someone who works for you takes against an employee because he or she complained about harassment or discrimination. Any negative action that would deter a reasonable employee in the same situation from making a complaint qualifies as retaliation. ”  Read More…

Here are some facts about sexual harassment retaliation from the EEOC.